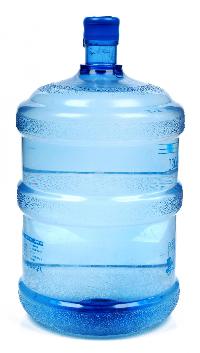 On this article you will get to know Water Pollution in Kenya. Drinking water is considered unsafe for human consumption once it is contaminated by pollution agents. Drinking polluted water may cause waterborne diseases such as cholera and typhoid.It is therefore our national government and county government responsibility to ensure that the water consumed has undergone several tests and is closely monitored by the responsible organisations.
The government should also place measures to prevent and control the pollution of water.Therefore we can describe water pollution as the process of clean water getting contaminated by substances either directly or indirectly.
Adverse effects of water pollution.

Water pollution greatly affects plants and animals. Chemical waste that is deposited into water reservoirs such as lakes and rivers can poison the aquatic animals. The chemicals in the water may also lead to plants growing which might suppress the growth of other plants due to competing for oxygen for instance Water hyacinth. Phytoplanktons which are found in the oceans contribute to about 70% of the oxygen in the atmosphere.

When plastic and other unrecyclable materials are deposited in water, they make the water poisonous thus unfit for human consumption. The contaminated water also becomes a breed for pathogens that may lead to pathogenic diseases. When this water is consumed, it is likely to cause waterborne diseases such as cholera, typhoid etc.

This involves the contamination of ocean water through burnt fossil fuels that might lead to the suppression of growth of sea animals.

This is where excessive nutrients from agricultural chemicals, skeptic tank waste discharge, pasture are deposited into surface water which lead to the growth of algae. The nitrogen in the water also affects drinking water and tamper with the food web of the water fauna.

These are water pollutants that are hard to get rid of through chemical and biological processes. They mostly involve chemical pollutants such as pesticides, solvents and industrial chemicals.

These pollutants could also mix with the air in the environment and cause chronic air borne diseases such as lung cancer.Water contaminated by POPs should not be consumed otherwise it may lead to death.Water Pollution in Kenya.